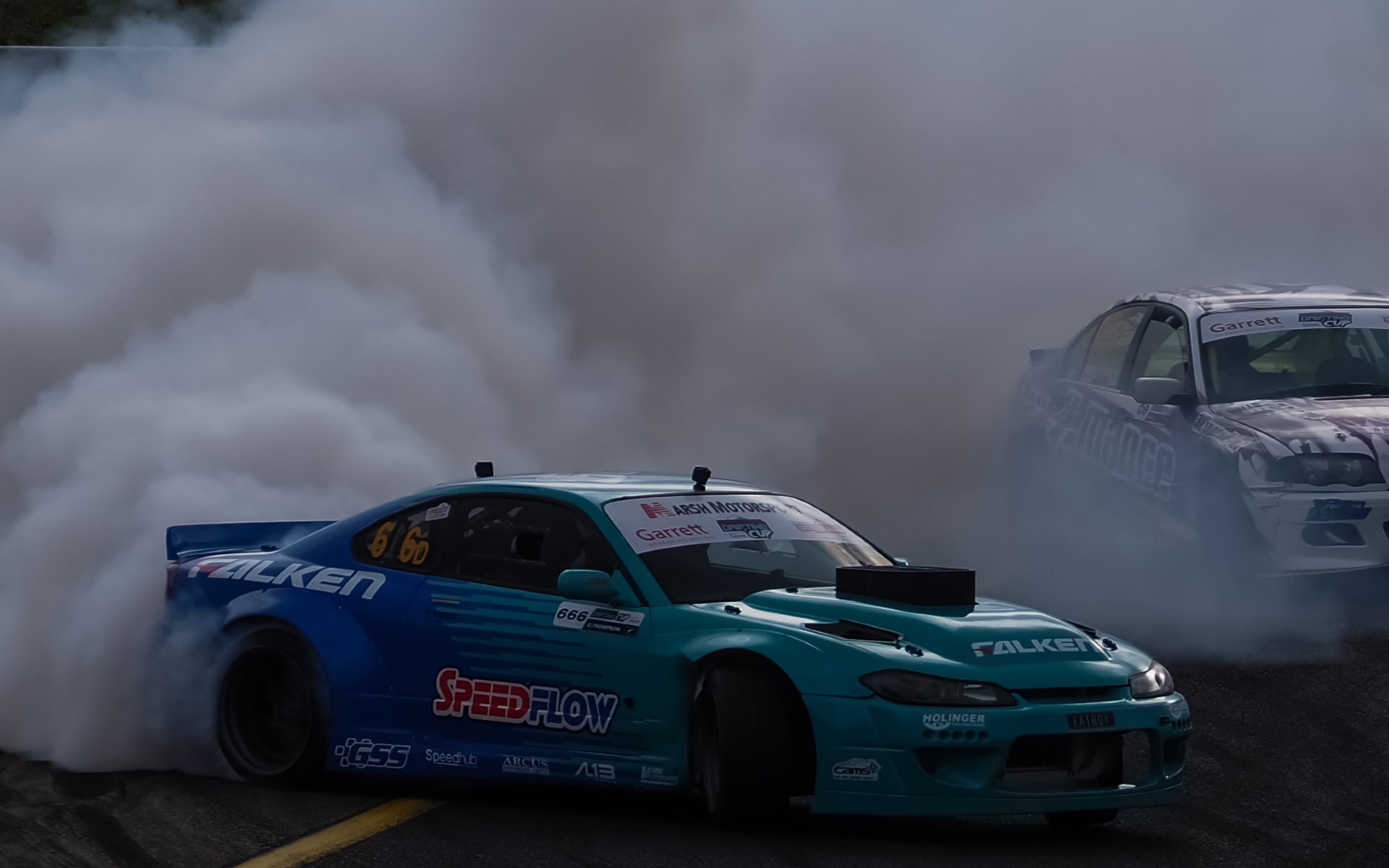 What are racing play-to-earn games?

What would you get if you combined racing with play-to-earn? You’d get one of the most popular genres of casual games.

A play-to-earn game that’s all about racing is the perfect way to keep your adrenaline pumping, keep your wits sharp, and earn rewards as you speed through traffic on virtual streets around the metaverse.

Here are some of the best play-to-earn racing games out there right now, ranked by their popularity and success with both critics and customers alike.

DeRace calls itself a “complete NFT horse racing ecosystem” and claims to be out to redefine the GameFi landscape. DeRace gives you the chance to acquire special horses, breed them, and outfit them in the form of non-fungible tokens. You can even construct your own NFT hippodrome for holding competitions.

Recently, the project launched its IDO on DAO Maker and has quickly grown into one of the most popular projects in the GameFi space.

On a basic level, DeRace enables users to acquire $DERC tokens through involvement in horse races, breeding NFT horses with special qualities, and commercially running races in their own NFT hippodrome. You can bet on races and participate in horse races, and all you need is a DeRace horse NFT.

The native governance token of DeRace ($DERC) is an ERC-20 token that can be traded on the Ethereum blockchain. The token fulfills two roles: it acts as a standalone store of value and as the DeRace native currency.

To start playing, you must purchase or breed a DeRace horse NFT. The lowest DeRace Horse NFT price has ranged from under $18, to over $409.

DeRace NFT horses have a similar appearance to real horses but are distinct from them due to their special qualities. Performance, price, and rarity are used to determine how valuable these DeRace NFTs are. NFT horses have distinctive skills and characteristics, but they also have a variety of distinguishable traits, including their gender, race, and breed.

Pros and cons of DeRace

What is REVV Racing?

REVV Racing is a play-to-earn arcade racer game created on the Polygon Network. The company behind The Sandbox and other blockchain and gaming projects, Animoca Brands, will soon launch REVV Racing, one of the notable headlines in its portfolio.

How does REVV Racing work?

Some of the key features of REVV Racing include:

A utility token called REVV ($REVV) is used as in-game currency in blockchain games created by Animoca Brands. It keeps the ecosystem of REVV Racing, MotoGP Ignition, and F1 Delta Time thriving. These projects carry out the play-to-earn principle, rewarding players for their contributions to the game economy with financial rewards in the form of cryptocurrencies.

You need a Revv Racing car NFT in order to play on REVV Racing. You can either enter their contests to win one of the 5000 WTF1 cars they’re giving away, or you can buy a car on your own by setting up a cryptocurrency wallet and buying an NFT car using the REVV token.

REVV Racing has its own NFT collection on OpenSea. These race car NFTs have now been delivered to gamers who participated in F1 Delta Time last month. These racing vehicles will soon be playable in-game.

Best for: Fans of collectibles

Currently accessible on Avalanche and Wanchain, ZooKeeper is a cutting-edge multi-chain dApp that uses ZOONFTs to improve liquidity mining. Players will enjoy a fresh and engaging farming experience thanks to it, which will result in higher mining rewards and fun NFT gameplay.

ZooRacers, one of the ZooKeeper verticals, is a multiplayer, play-and-earn racing game that combines skill and excitement in a difficult multi-chain setting.

How does ZooKeeper work?

ZooKeeper is an innovative multi-chain dApp that uses ZooNFTs to increase liquidity mining, and it’s currently accessible on Avalanche and Wanchain.

ZooKeeper was created in order to fuel the ZooEcosystem with liquidity. You get a fresh and engaging farming experience thanks to it, which enables you to enjoy greater mining rewards and more immersive NFT gameplay in ZooRacers.

One of the most exciting P2E games of 2022, ZooRacers, is going to launch on the ZooEcosystem.

In addition to a wrapped version (vZOO) used for cross-chain, Zookeeper has its own utility token ($ZOO) that is given out to DEX Liquidity Providers (LPs) as farming rewards.

The decentralized cross-chain token vZOO will be used by ZooRacers, and ZooKeeper will also pay for all game transaction fees on new wallets made for the game (exclusively for Wanchain players).

The ZooRacers game is yet to be released. With that being said, it has already amassed a loyal following of players that can’t wait to get their hands on it due to the massive interest in the ZooKeeper ecosystem. The current price of a ZooKeeper token is about two cents, with more than 77 percent of tokens reserved for farming.

In the ZooKeeper dApp, there are various ways to win, buy, or earn ZooBooster (ZooKeeper NFT) cards. Each user will be able to decrease the locktime and increase rewards thanks to ZooBoosters’ special abilities, which are currently unmatched in the cryptocurrency market.

Pros and cons of ZooRacers

What is Nitro League?

Nitro League is a decentralized play-to-earn game that combines fast-paced racing gameplay, token economies, and the metaverse experience. Players group together in a nation-based clan system. Clan membership is required for players to race in the Nitro League.

How does Nitro League work?

In Nitro League, the clan awards players a badge (rank system) based on their Reputation Points (RP). Players can change nations or clans at any time, but doing so has drawbacks (such as losing locations and attribute bonuses that are unique to a certain nation or clan).

Players gain RP from matches when they succeed and lose it when they fail. If a player reaches a certain rank or tier in the crypto game and then stops participating, their account will be demoted to allow more active players to advance.

The native token of the Nitro League ecosystem is called $NITRO. It has a total supply of one billion tokens. The goal of the Nitro team is to truly decentralize technology, power, and economic ownership of the Nitro metaverse. Nitro holders can stake their crypto tokens in the ecosystem to take part in important economic decisions.

To start playing Nitro League, a player must purchase the best car and driver NFTs they can. The quality of the NFT will determine their initial performance, with some car NFTs going as low as $99 and some trading for as high as $2,500.

There are several types of NFTs inside Nitro League.

Pros and cons of Nitro League

What is Zed Run?

Zed Run is a blockchain horse racing game where players can buy, breed, and race virtual horses. Horses are split up into different bloodlines, which determines the likelihood of a horse winning a race. You can earn crypto by winning races or breeding and selling prized horses.

How does Zed Run work?

Players start the game by creating a “stable,” or an account, through the Zed Run website and purchasing a starting racehorse through the official Zed Run OpenSea collection or through Hawku. Players must obtain their first horse and complete a few races before they can race for prize money.

Players will need to pay a buy-in fee in order to compete in races with a payout. Majority of the races are comprised of 12 horses, competing against each other. The first six horses to cross the finish line will earn part of the prize money. Those who place higher within these rankings will take home a larger portion of the prize.

The unique characteristics of the horses can help determine the likelihood they’ll win. Characteristics like breed type, genotype, and bloodline are the most important. If your horse is more rare, you may have a higher chance of winning. If you don’t want to race horses, you can earn money by breeding and selling horses to other players.

Zed Run operates on the Polygon blockchain and uses Polygon ETH as its in-game currency. The horses in the game are NFTs and can be bought and sold. Players can breed horses to earn even more NFTs.

Racehorses are available for purchase for as little as 0.005 ETH. Since the Zed Run platform transacts on Polygon, gas fees are minuscule, allowing new players to purchase their first horse for less than $10.

The main NFTs in this game are the horses. You can breed them and buy them.

Pros and cons of Zed Run

Best for: Fans of fantasy games

Pegaxy is an exciting P2E game where players participate in horse racing and face off against 11 other racers for the top three spots. Players may breed, rent, sell, and of course, race their Pega in the game to earn VIS tokens.

How does Pegaxy work?

Pegaxy allows teams to create sizable guilds and scholarship programs and even gives individuals the chance to make extra money through daily racing. Pegaxy is proving to be a smart long-term economic approach for developing an NFT/Blockchain-based game.

Players will compete in races using a PvP model to earn prizes in the platform’s native game currency, VIS (Vigorus.) They must finish in the top three to get the platform’s utility token, VIS, and do it by using tactical upgrades, food, and skills. Then, they can then use the VIS token to either cash out or re-invest it in better upgrades.

Crossbreeding is another option, in which the baby Pega receives the traits from both parents. The cost of the first breeding event might be approximately $500, while the cost of the seventh is almost $9,000.

In October 2021, 5,000 Founding Pega NFTs were sold, and in November, PGX was launched via IDO. Every Pega NFT after number 5,000 has been “minted” (made) using the game’s breeding process.

Pros and cons of Pegaxy

Check out our full Pegaxy review