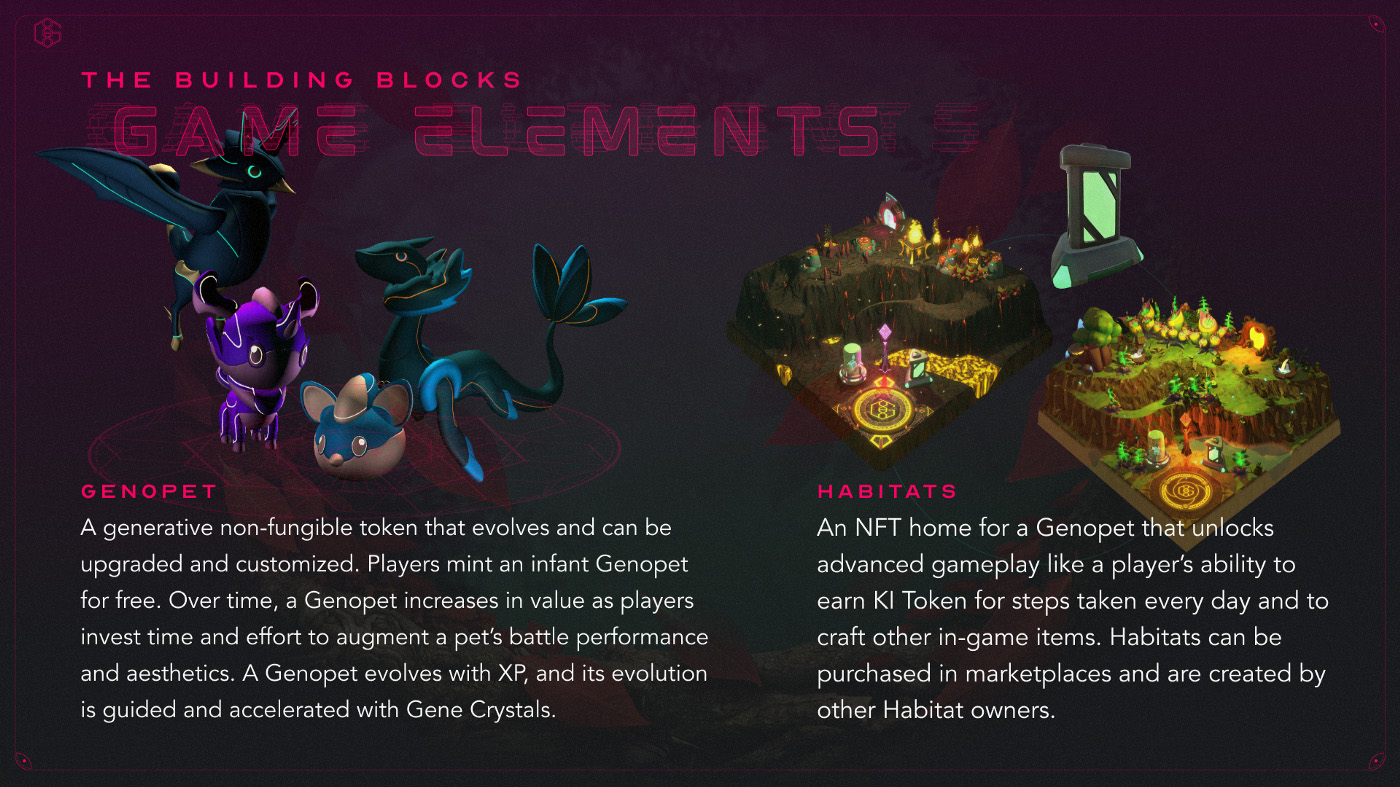 As they prepare for the next phases of their economy, including Habitat upgrades and KI token generation, the Genopets team announced a strategic partnership with Samsung Next, a tech investment division of Samsung. We weren’t provided with details of the deal, but Samsung Next did go so far as to write up a blog post about why they chose to invest in Genopets!

The move to earn concept has received a lot of attention lately. And now it’s likely to receive a lot more as Samsung Next announces that they are investing in Genopets! This gamified move-to-earn app that features fantastical creatures and their mystical habitats, is still in closed beta testing. But that hasn’t stopped hundreds of thousands of players from signing up on the waiting list.

Genopets has been focused on building out the gaming side of their app rather than just the move-to-earn aspects. They have created gorgeous-looking Pets and Habitats and want players to be invested in the ownership and development of their Pets. And this attention to community building and creating a long-term sustainable economy caught the eye of a very notable investment group.

Samsung Next and Genopets

Samsung Next is an investment company focused on cutting-edge technologies and discovering new areas of future technological growth. So it’s very interesting to see them get into the move to earn space. And in Genopets in particular! This is a huge public relations win for both Genopets and the Solana blockchain. Partnering with such a high-profile company should also bring more mainstream attention to web3 gaming in general.

We don’t know exactly how much investment this deal is worth. Only that it is a simple agreement for future tokens or SAFT. Basically, this agreement allows Samsung Next to cash out their investment equity for tokens at some future point. I would imagine this would be GENE tokens rather than KI. You can read more about SAFTs at Investopedia.

In their article, Samsung called out Genopet’s gaming model, team experience, and focus on creating a sustainable economic model as key reasons for their investment.

Genopets is a free-to-play, “move to earn” game built on the Solana blockchain. Genopets uses data tracked by a smartphone or fitness wearable to level up a Genopet NFT. Players summon their pet and quest in the Genoverse exploring hidden lands, finding loot, crafting items, and battling with other players. Genopets features two tokens, GENE and KI.

In this move to earn game, players earn XP from walking. They convert that XP into KI tokens using Habitats. Then, use the KI token to craft Crystals, improve their Genopet, and walk some more!

Players can earn via cashing out their KI tokens, crafting and selling Crystals, or renting out Habitats. Habitats are NFTs and the main gateway into play to earn. Each Habitat holds one Genopet. Habitats generate Crystals and KI tokens passively, while also increasing the experience your Genopet earns. All crafting is done at a Habitat. Players must maintain their Habitats or production stops.

The GENE token exists on both Solana and Binance blockchains. Genopets is currently in private beta and adding new players on a regular basis. They opened up a staking program for their GENE token not long ago, and held an airdrop and sale for their KI tokens. Coming soon, Habitat Upgrades

Games to Watch in October

How to get started with play-to-earn games?

What is the play-to-earn business model?

What is the Metaverse?

We are growing and we are looking for passionate content contributors to join our team.
So if you have strong knowledge of the play-to-earn ecosystem and you can produce quality content, fill in this form and tell us why you would be a great addition to the team