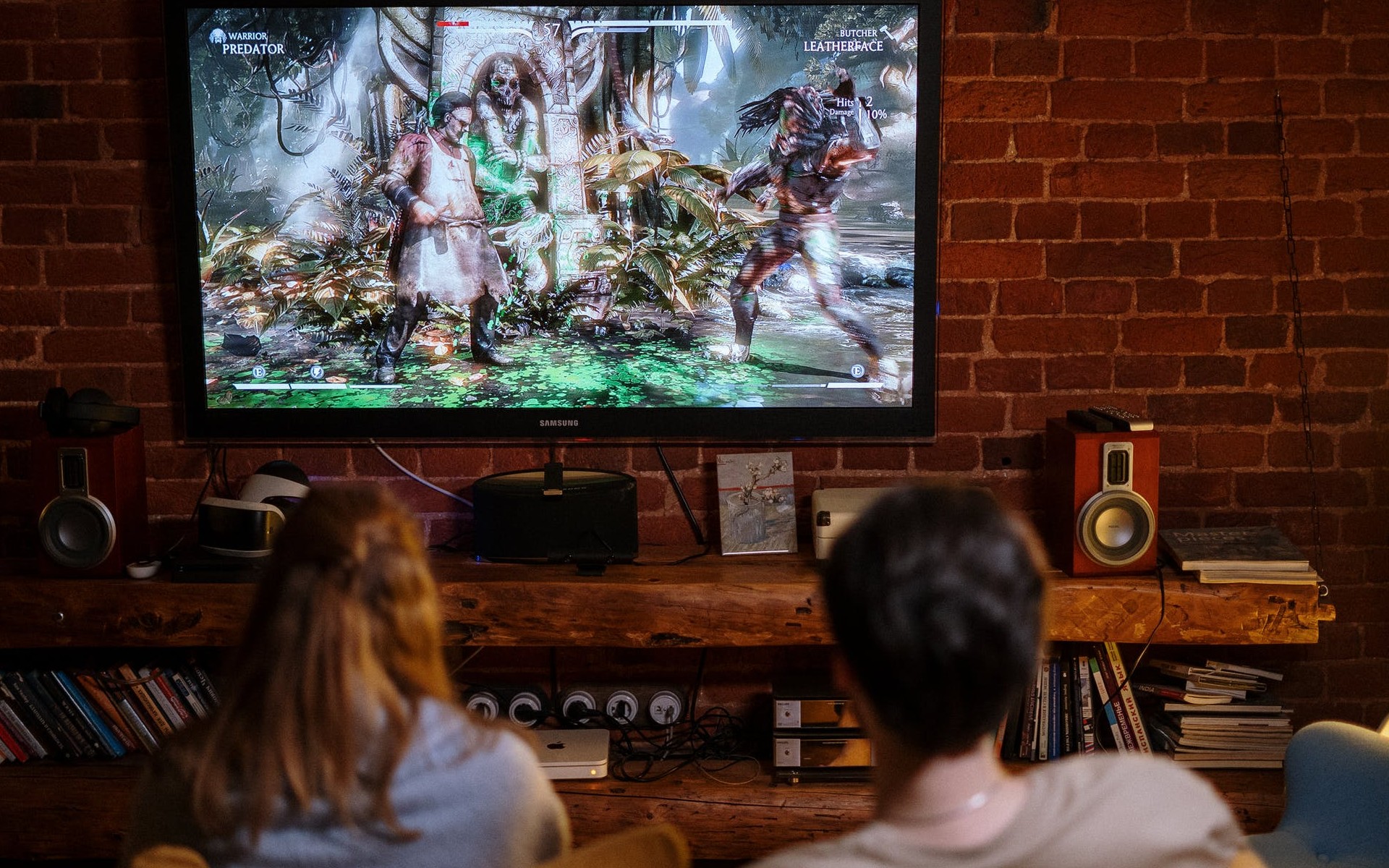 What are NFT games?

NFT games are blockchain games that use Non-Fungible Tokens (NFTs) as in-game assets. These tokens are normally purchased from a marketplace or from other players and can be used, traded, and sold. Most in-game NFTs provide some benefit to the gameplay and enhance the playing experience. Some NFTs are even cross-compatible across different video games.

What is Gods Unchained?

How does Gods Unchained work?

There are three types of cards in Gods Unchained: Creature, Relic and Spell. Each card has different qualities such as health points, durability points and border types. Different sets of cards have been released over time, and each card has a Set Symbol that denotes which “set” of cards the card is a part of. All of these factors contribute to the rarity of the cards.

In addition to selecting a deck of cards, each player also selects a “God” to play as during matches. Each God has unique benefits, and card decks are often built around the Gods that players play.

Matches take place in a turn-based system, and players win by taking out the opposing player’s God.

$GODS is the Gods Unchained token. It is a governance token which means that holders get a say in the future of the game, but it is also used to improve the strength of certain cards, craft new cards and purchase items. $GODS also offers staking rewards to holders, which means players can earn more of the token by holding it.

Gods Unchained is free to play. All new players receive a starting deck of 140 cards for free to sharpen their skills.

While not all cards in Gods Unchained are NFTs, players can earn “Flux” as they play, which can then be used to enhance the traditional in-game cards to NFT cards that can be traded on secondary markets.

Cards can be traded through the Immutable X Gods Unchained marketplace.

Pros and cons of Gods Unchained

What is The Walking Dead: Empires?

How does The Walking Dead: Empires work?

The game is a top-down MMORPG (Massive Multiplayer Online Role Playing Game) which means that players control their character and can also interact with other players in the online game world.

The goal of the game is to survive alongside other players against the Walker zombie invasion. Players can build on plots of land and upgrade their character to progress through the game.

The game token is $DeadCoin. Players can earn this token through gameplay by defeating enemies, exploring areas, and selling crafted items.

According to recent announcements, The Walking Dead: Empires will be free-to-play and allow anyone to jump in and start earning $DeadCoin through gameplay.

The game will feature NFT land plots that players can build structures on and also use as defenses against Walkers.

Land is based on rarity, with land plots closer to the city center being safer from Walkers and thus more expensive, while ones closer to the wilderness are more dangerous and cheaper.

Landowners can collect rewards from activity on their land. This provides an avenue for passive income.

Pros and cons of The Walking Dead: Empires

What is Spider Tanks?

Spider Tanks is a player vs. player battle game where players buy, upgrade and compete with their own “Spider Tanks” in top-down, arena-style battles.

How does Spider Tanks work?

Players can choose between different tank bodies and weapon combos to craft their tank. Battles take place in different game arenas and come with different battle modes. Players can team up with friends to play together versus others.

The game currently uses a demo coin called $TCTESTCOIN. Rewards in the game are currently paid out in $TCTESTCOIN, and the coin has no value. Eventually, the official Spider Tanks $SILK token will be released, and it will have value and be tradeable like other crypto tokens. The release of the $SILK coin is slated for later in 2022.

Spider Tanks is free to play through the official website.

The Spider Tanks themselves are the NFTs of the game. Players can earn using these NFTs in several different ways. Owners of NFT tanks can allow other players to battle using them and share a portion of the rewards.

Inversely, for new players who would rather play the game to earn NFTs instead of buying them, they can offer to pilot other players’ tanks to earn money.

Players can also own the actual maps that tank battles take place on. The higher the level of the map owned, the higher tier battles can take place on it. These map owners earn every time a battle takes place on a map they own.

Pros and cons of Spider Tanks

Best for: Base optimization game

What is Town Star?

Town Star is a base building and resource optimization blockchain game.

How does Town Star work?

Players get started by selecting a land plot to build a farm on. Farms require different resources to run, and they produce TownCoin, which is the game’s official coin. TownCoin can then be sold on the open market to cash out.

Each town has a supply chain process that begins with farmers collecting raw materials, processing them through multiple buildings along the way, and producing a finished product.

The Town Star token is TownCoin, which is earned by running your farm. TownCoin can be traded on exchanges just like any other cryptocurrency and is the primary method that players use to cash out their earnings.

TownCoin is also used for in-game upgrades and benefits, as well as exclusive NFTs that can only be purchased using it.

Town Star is free to start playing through the Town Star website.

The Town Star NFTs are special buildings and upgrades that players can use to make their farms run more efficiently.

NFTs include robots that complete work faster than standard workers, as well as automated resource and energy generators that cut out a portion of the normal work required to produce products.

Pros and cons of Town Star

What is Blankos Block Party?

Blankos is a casual multiplayer game where players can team up with friends to complete fun mini games and explore the game world.

How does Blankos Block Party work?

Each player has an avatar called a “Blanko” in the game world. Each avatar is a highly customizable NFT. The game itself is a series of mini-games that feature platforming, obstacles, player vs. player battle with weapons and more.

Blankos have skills that can be upgraded for better in-game performance, and each has a playing style that can be selected — ranging from fast-paced styles to slower ones that deal more damage in battles.

The game has dozens of different mini games that players can participate in with their Blankos, allowing for different styles of gameplay depending on the mini game.

Blankos Block Party is free to start. More advanced Blankos are available to purchase as NFTs.

What is Phantom Galaxies?

How does Phantom Galaxies work?

Players play as a mechanical robot (mech) with weapons and thrusters that enable them to fly through space. The goal of the game is to defeat enemies and earn points. Mechs have ranged weapons in addition to physical weapons that they can use against enemies.

Mechs are split between four different classes – Lancer, Buster, Assault, and Breacher. The game features space exploration as well as guild gaming, where players can form alliances and take on foes with their friends.

The game will also feature a Decentralized Autonomous Organization (or DAO) that governs the future of the game and manages a central treasury of $ASTRAFER. Initial use-cases of the token also include funding in-game rewards pools.

The game features NFT avatars and mechs that can be upgraded, traded, and sold to earn crypto. Mechs can be upgraded by spending tokens. Tokens are earned by exploring the Phantom Galaxies universe, discovering new missions, mining resources, scavenging and competing against others.

The more upgraded player mechs and avatars are, the more value these NFTs will have.

Pros and cons of Phantom Galaxies

Splinterlands is a blockchain card game where players can compete against one another.

How does Splinterlands work?

Each card has a set of basic qualities.

Each card features unique abilities that determine which situations they are most useful in as well as a range of other qualities such as Splinter, Rarity and Edition that can be mixed and matched for maximum effectiveness.

Players also select a Summoner to use when playing, which further adds an element of strategy as each Summoner is effective in different situations.

Splinterlands also has an auxiliary token called Dark Energy Crystals or $DEC. These Crystals are earned in-game through playing matches and can be sold on the open market to cash out.

The game is free to get started with and can be accessed through the Splinterlands website. To unlock the ability to earn from quests and tournaments, and to sell cards on the open market, however, the game charges a $10 initial investment.

The Splinterlands cards themselves are NFTs that can be purchased and sold. The stronger a player’s deck, the more valuable it is. Players can also rent cards from other players to try them out before buying or, inversely, rent out their high-level cards to other players and earn some passive income.

Pros and cons of Splinterlands

Check out our full Splinterlands review